We moved to Florida.

Graduate school and teaching has been kicking my butt for the last two years. I was in a perpetual state of being overwhelmed. I knew it would pass, but I couldn’t sacrifice effort in teaching. I couldn’t spend less time on my school assignments. Every week, I made great lesson plans, which unfortunately resulted in great papers to grade. I was spending my weekends catching up and forgetting to breathe.

In January, JMO got a job with FantasyPros. He loves sports and he loves coding, it is the perfect gig for him. I still had several graduate classes to go to finish my masters and an internship. We decided that I should take a year off from teaching and focus on finishing this degree. Then, we realized he could work from home anywhere and I could intern anywhere a school would take me. So, we came to live on the beach. My grandparents are about thirty minutes away and we get to see them two or three days a week. This time with them has been such a gift. Grandparents are different people when you grow up, life can be discussed, dinners made, and no one is busy cleaning up all the toys.

My grandparent’s house is a hub for all the family, and JMO and I have gotten to spend quality time with lots of Pickerts this summer. Also, having a place by the beach brings in a lot of friends! It has been great to be able to enjoy the beach with so many people we care about. Now that the summer has ended, our company has stopped. I’m back to school work, interning, and helping out my grandparents. JMO is working from home. This past summer was full of glorious experiences. We’re here until July 30, 2015, at which time we will return to Houston and be real grown-ups. 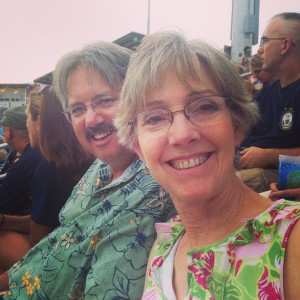 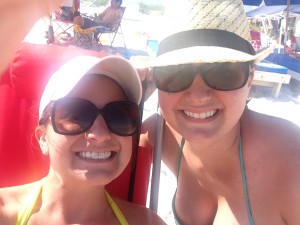 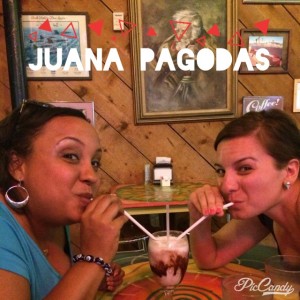 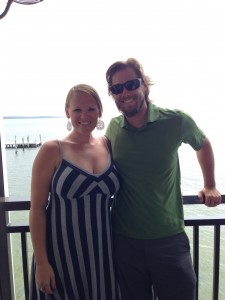 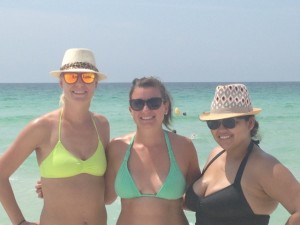 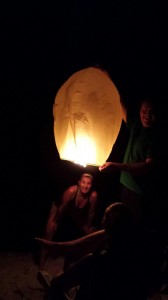 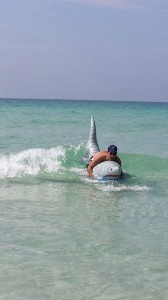 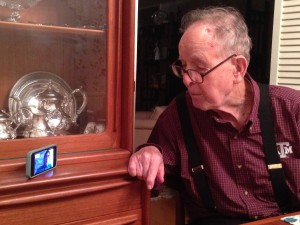 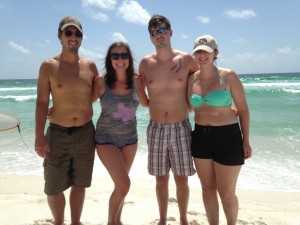 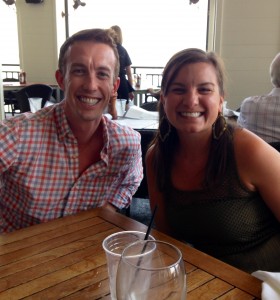 So, yes we moved and yes we will be back. If you want to come stay at Casa Oswalt, send us an email! We love special time with friends and family!

TED Talk- The Power of Vulnerability

I was reading my cousin’s blog the other day and came across a month old post. I would definitely recommend reading what Brad has to say and watching the TED talk by Brene Brown at the bottom of the post. The talk did happen to be in Houston.

I’ve thought about what Brene Brown has to say about vulnerability for the past few days. American adults are the most in debt, the most overweight, and the most unhappy that we have been in history. We live our lives in fear of what others might think of us and we rarely feel like we are enough. Brown explains that we must be vulnerable and gracious. We have to be grateful for what we can be and ready to accept life. When we do this we are authentic. When we are authentic we can truly love and live. Personally, I wasted time in my life worrying about unimportant decisions and what people thought of me. That was a colossal waste of time. I loved Brad’s post and the talk, because it made me think. Thinking is good.

Because it is summer and there is lots of time for internetting, I found Brene Brown’s website. The post from July 5 where the crowd sings “Ode to Joy” is magnificent. She actually works at the University of Houston and her blog is pretty great. I added her to my Google reader… Summer is good.

Last summer I brought JMO to my grandparent’s house, and he brought his brand new iPad. My grandparents never got a computer and often state that they missed the boat, they think it is to late for them. My grandpa has curiously asked for assistance “Googling” while visiting any of his kin, but he has long stopped making visits. So, last summer, when JMO brought a device that my grandpa could hold and touch, he was hooked. JMO is a whiz at the internet (and everything else), so he found many things that a normal internet user may not come across. He discovered a German site with Pickert lineage before the Pickerts came to America. This was a gold mine for my grandpa, he has spent years researching genealogy. When I got home, I printed it out for him, and he has now told every member of our family about the German site that starts with Joachim Pickert in 1757. So, as we began to plan our trip to Florida this summer, my grandpa had one request, bring the iPad. He does not feel he is quite ready to own his own, but he was anxious to use it again. Last Wednesday, my cousin dropped me off, and my grandpa and I set off internetting. We Googled “Pickert” and my grandpa spent hours reading every link possible. There is a town in North Dakota called Pickert. There is also a German potato cake called Pickert. There is also a writer for the Times named Kate Pickert. We don’t know her, but she is probably lovely. We also explored his parts of the world he wanted share on Google Earth. Then I left it with him, and told him I would get it back on Friday. He was uncertain about this, and took notes on how to do certain things on the iPad. Friday, when we went to their home, my grandpa had a stack of magazines where he had circled the, “For more information go to www…” parts. We went for lots more information. During dinner, he told a story about driving his uncle’s 1929 Franklin as a child, then he realized he could show us pictures on the iPad. Then he proceeded to look at Franklins for sale across the country, we found one is good working condition for $48,000. The options truly are limitless with the world wide web at your fingertips.

I’ve grown up with computers evolving and cannot imagine what I would do if I could not instantly get information. Information is easy and common; it was an absolute pleasure to see the internet as a fascinating thing through the eyes of my grandpa. It is not often enough that I get to spend so many hours with him and so many hours in which we are both entertained by the fascinating world of possibilities before us. I spent the last week in Florida, and it was glorious! No where makes me happier than the beach, and no where feels more at home than my grandparents house. I moved a million times growing up and it was the one place I always visited. We were able to spend time with my Aunt, Uncle, and cousins as well. It has been years since I’ve had good talks with them. I definitely could not have asked for  a better week!

Thank you mommy for getting us all together! I know that you can tell my looking at them that they are fabulous people. They are wonderfully kind. My mom, my sister, JMO and I made the journey to Pensacola recently. JMO had never met my grandparents and I was very excited to introduce them to my boy. Good news: they adored him.

I’m burning cds right now for the possibility of a car ride. I am no longer positive I will be spending 20+ hours in the car with my little brother. Car difficulties. Details to be determined. I have a one way ticket to Orlando on Saturday morning. I still plan on going, I still plan on escaping my work life for a few days, but all the fun day to dayness will have to be flexible.

It is already decided that Savannah MUST stay on the trip itinerary. Biloxi can go. New Orleans can go. Grandparents stop must happen if there is a car ride. But Savannah must happen. I have grown excited and am in awe of the charm of the city. I need to see it. Paula Deen must make me a meal and I need to run into Ruby on a street corner.

So cross your fingers that my trip turns out to be exactly what I need and not a reminder that cars are the worst investment in our lives.